Skip to content
Remarks to be given both from the White House Office of National Drug Control Policy and former U.S. Surgeon General Jerome Adams, M.D.
Join the Zoom Meeting

LeRoy Brown, Founder and CEO of “The Heart of it All Recovery Project LLC.” 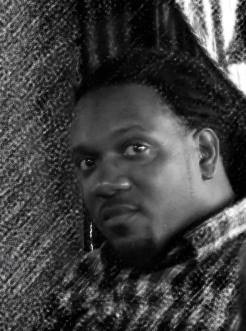 Leroy Brown was born in Hamilton at Fort Hamilton Hospital May 16, 1978 to Leroy Henderson and Tommie Ann Brown. Mr. Brown went to Harrison Elementary School and graduated from Hamilton High School. In 2004 Leroy gave his life to Christ and recorded his first Gospel rap album title “Living Water.” He joined Community Friendship Church of God and Christ. He started volunteer work at the Booker T. Washington Community Center in 2005 and later became an employee.  In 2005 He got married to Katonia Gilbert and became a deacon. In 2006 he received a state certification as a Chemical Dependency Counselor Assistant advocating for people with Substance Abuse Disorders.  He was called into the Ministry in 2007 and preached his first trial sermon. He served under Pastor Bruce Curtis at Community Friendship COGIC for five years as the Assistant to the Interim Pastor.  He started attending Hamilton Christian Center in 2010 and put his leadership on the back burner to become a student, so his family could grow in Christ together. He became a deacon at Hamilton Christian Center in 2012 and was licensed as a minister under Pastor Johnny Wade Sloan in 2014. In 2015 he was nominated as the first African American on the Board of Trustees at Hamilton Christian Center. 2016 he graduated from Miami University Hamilton with an Associates Health and Education. He received his Bachelor’s in  Science and Family Social Work in 2021. Leroy Brown has worked for Sojourner Recovery Services, SOS Hall, Community Behavioral Health and Premier Care MAT Clinic. He has advocated for Drug Prevention, and violence in the black community. He participates in outreaches throughout the Tri State sharing the gospel of Jesus Christ. He was a participating member of the PUSH team. He is a motivational speaker empowering both youth and adults and use their voice and the gifts that God has given them to empower others. Leroy Brown was an SUD Counselor, Assistant Program Manager and Program Manager at Genesis Life and Recovery Services from 2018-2021.  He is currently a Spiritual Counseling Coordinator at Modern Psychiatry and Wellness using evidence based clinical practices and biblical foundation as innovative state of the art treatment for the state of Ohio. Mr. Brown is currently in an internship as an Associate Pastor at Hamilton Christian Center. Leroy Brown is also the founder and CEO of “The Heart of it All Recovery Project LLC.”