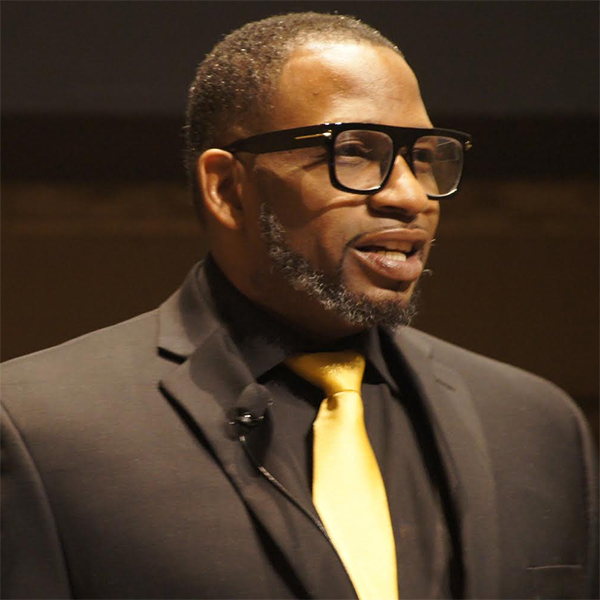 MARC L. JOHNIGAN established the Twin Cities Recovery Project, Inc. (TCRP) in 2016, and served as the organization’s executive director until his untimely death in 2021.

In recovery from substance use and mental illness, Mr. Johnigan knew all too well the challenges and barriers of achieving and sustaining recovery and sobriety. The vision and inevitable creation of TCRP emanated from his 25-year struggle with addiction. At the early age 13, Mr. Johnigan resorted to substance use, due to being a survivor of early childhood traumas and having an unsupportive upbringing which led him to seek refuge in the streets of Dayton, Ohio. There he engaged in violent activity and drug abuse that led him deeper into environments surrounded by drugs and poverty, and adult traumas resulting in multiple incarcerations, substance use, and violence. In 2007, Mr. Johnigan lost his teenage son to violence. Although the death of his child weighed heavy on his heart, it sparked an epiphany that prompted Mr. Johnigan to create a greatly-needed program to help fellow community members overcome addiction and change their lives. When Mr. Johnigan left Ohio and moved to Minnesota in 2010, he made drastic changes in his life, and committed to helping people with similar experiences do the same. Shortly after the move, Mr. Johnigan began volunteering for Project Emerge, an afterschool program for youth. Two years later, he enrolled in classes at Minneapolis Community & Technical College (MCTC) and struggled to settle on a major. However, following a conversation with one of his professors that stated, “You would be doing the community a great disservice standing behind a barber’s chair!” Mr. Johnigan decided to pursue a degree in community development. Inspired by that encounter, Mr. Johnigan began a student-worker position providing assistance to the director of the Service Learning department and its faculty. Mr. Johnigan assisted with planning and implementing civic engagement projects and events, and he managed the service-learning/civic-engagement database, for which he compiled, input, and analyzed data. As he became more engaged at MCTC, Mr. Johnigan spearheaded the campus organization Students Advocating Against Violence (referred to as “SAAV”). In 2012, Mr. Johnigan also became a Lay Minister at The Life Center (formerly the Inner City Church of Minneapolis – ICCM), where he supervised the implementation of the Center’s recovery outreach programs.

In April 2019, Mr. Johnigan received the Certified Peer Recovery Specialist (CPRS) credential administered by the Minnesota Certification Board (MCB). He worked to cultivate a strong partnership with the Hazelden Betty Ford Foundation to advance the TCRP mission, and he served on a Hazelden advisory council that addresses the opioid epidemic in the African-American community. Mr. Johnigan was also a part of the Minnesota Medication-Assisted Treatment Prescription Drug & Opioid Addiction (MAT-PDOA) Team, and in May 2019, he advised U.S. SURGEON GENERAL, Dr. Jerome M. Adams, on the National Opioid Epidemic. One month later, Mr. Johnigan was a panelist in a discussion about overdose prevention strategies, and an advisor to James W. Carroll, DIRECTOR OF THE WHITE HOUSE NATIONAL DRUG CONTROL POLICY—a position widely known as the “Drug Czar.”

Mr. Johnigan’s passion and forte for healing the hurts of others, and his extraordinary enlightenment and insight about People of Color and what they need for support, enabled him and TCRP to implement, execute, and sustain multiple culturally-relevant programs. His triumph over adversity, his multi-faceted education, and his effectiveness as a recovery advocate at the local, state, and federal levels fully equipped him with the expertise and aptitude to lead the TCRP organization, expand its programs, and broaden its reach within the recovery community of color, as well as the broader recovery community. Mr. Johnigan decided to launch a north side in September 2020 with a grand opening event date of November 19, 2020, located1501 W. Broadway which shared TCRP’s south sides accomplishments by bringing more knowledge and helpful resources to the North Minneapolis Community that will allow his memory to live on for years to come.